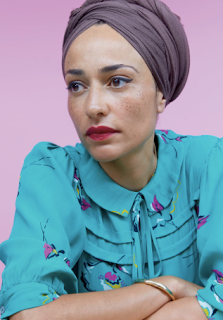 "That Crafty Feeling"  by Zadie Smith is the most perfect dissection of the messiness of fiction writing that I've ever read. It's my last gift to you as the blogger-in-chief here at Ego Burn. It's been a fun 10 years! Time for a new adventure.

An inside joke for all the writers out there


I only noticed this last year on my fifth watch.

Posted by Emily Saso at 4:32 PM No comments:

On plot, first-person present, and maximalism

To mark the 10-year anniversary of Ego Burn, I thought I'd revisit the process of writing The Weather Inside. Initially, I wasn't sure how I was going to go about this; I've already covered so much! Recently, however, a fellow writer sent me some thoughtful questions about Weather. (Thanks, Danny!) As I was putting together my responses, I realised I'd never written much about these topics before; I was too busy working on my craft to write about craft. But Danny's questions gave me a reason to make the time.

What did you have at the very beginning? Any fragments of plot? Or just the voice? Do you plot out beforehand or let it happen?
I didn’t have much at the very beginning. I just knew that I wanted to write about religious alienation and the end of a relationship. Then I moved to an apartment across the street from a Kingdom Hall, and I became deeply curious about what was going on inside. (Deep curiosity, obsession really, is what drives me to write everything I write.)

I didn’t plot it out beforehand. I would just write freely in the voice of Avery, and then some idea, angle, or character trait would come up that I wanted to pursue and expand on. And I was always asking myself “If this happens, or if she does that, what are the most interesting possible consequences?” So, basically, the early stages of writing Weather were solely about exploring Avery, and the plot grew organically from her.

But it was a messy process! I re-wrote the book completely probably four times over ten years. Aside from the Jehovah’s Witnesses and the collapse of Henry and Avery’s relationship, the first draft is almost unrecognizable from the final book. The magical realism, for instance – which was one of many major breakthroughs I had while writing this book – didn’t come to me for a couple years.

Was the book always in first person or did you try it another way?
It was always first person because it was Avery’s story, and it was such an internal journey for her character. But originally it was first-person past, then I switched it to first-person present. I thought present tense gave it an extra kick of energy and suspense, but it was incredibly hard for me to do. I’m not sure I would do first-person present again. I felt constrained.

Did you ever consider culling the prose and making it super basic and sparse?
I fantasize about being able to write more simple stories with clean, bare prose – but it never works out that way. For good or bad, I’m drawn to the dramatic, and I lean towards maximalism; it’s just what oozes out of me. I think I’m developing into a leaner maximalist the more I write, but there will always be a lot going on; it’s just how my brain works. And for me, it’s a propulsive engine, that maximalism. I like to write a story that builds and builds, like a tower. There’s almost too much, it almost tips and crushes everyone below, but then it straightens itself out, and everyone can relax. It’s my version of “disciplined writing,” knowing when my story is on the verge of being too much, and then pulling back just in time. (Or at least that’s what I’m trying to do.)

With Weather, it’s an emotional story, coming from the POV of an emotionally complicated narrator -- and told in first-person present, which, in my view, is an inherently messy POV if you're really doing it justice. (Unless your character is an emotionless psychopath.) Anyways, all those factors mean that Weather will probably be the most maximalist/dense thing I'll ever write. My new manuscript is told from an omniscient POV and is far less dense...

Did you ever second-guess yourself?
I second-guess myself sometimes, definitely. Mostly in the middle phase of writing a book when I start to get a bit dazed and confused by the rules of the little universe I’ve created. My confidence comes from putting in the work, though, so as long as I'm trying my best -- and not taking the easy way out -- it helps silence the voices telling me "you suuuuck you don't know WTF you're doing why would anyone want to read this."  I also find taking time away from my writing and then re-reading it months later is how I gauge if my work is good, or if my self-doubt is warranted. If I still like it after that rest period, I don’t second-guess myself too much anymore.

I always knew I would finish because being a novelist is my dream, I love a challenge, and it was fun (well, 60% of the time). And I always knew I would publish it, too, despite all the rejection and emotional hellishness along the way. Basically, I try to never give up on myself. Even so, I was always asking myself if I was crazy/delusional/desperate for trying so relentlessly. I probably was. But I also think I was strong AF. As writers, we have to be strong to survive our vulnerability.

My first Ego Burn post, which makes me cringe to read now, was on March 12, 2010. The post was about rejection, and it's an example of me back then, at my absolute worst. Embittered. Snarky. It was such a low point in my writing life. I took the rejection personally. So personally, that I had to get it out. I had to start this blog.

As I was writing and pitching my first novel, The Weather Inside, the rejection was brutal. To deal with it, I sought out other writers who were experiencing the same thing. And I found them in the blogosphere. Jackson Bliss, MB Caschetta, Julie Farman and others. They were writing, struggling and putting themselves out there, just like I was. But they were also succeeding! Which meant that maybe I could succeed too! With their wind at my back, I kept going with this blog -- both to help me figure out my writing life and to add another voice to that community of writers. To help another writer like Jackson, MB and Julie helped me.

I don't know if Ego Burn made a difference in the lives of any other writers, but it certainly made a difference in mine. This blog helped me develop my voice as a novelist. And it's partially responsible for getting me my first book deal. Did I ever go into that here? I can't remember. Long story short, a writer friend shared this blog with an editor at Freehand Books. What that editor read here made them curious about my manuscript, so they reached out to my then-agent. When that agent and I parted ways, I reached out to Freehand... and a year later, The Weather Inside was on bookstore shelves. Without this blog, it's very likely that Weather would never have been published. And if Weather didn't get published, I doubt that I would have had the confidence to write my new manuscript, Nine Dash Line.

So, this weird little blog has made my writing life possible. I owe it everything.

And I owe my Ego Burn readers, too. To all of you out there -- lurkers and commenters alike -- thanks for following this blog. I hope it's helped you with your own writing journey, or at least entertained you. And to Matt Wilson -- you're going to laugh, but this is true -- your support of this blog has been awesome since day one. Thanks for leaving comments; you always made me feel like someone was actually reading this thing, and that's meant a lot to me over the years.

And thanks to everyone who has read and supported The Weather Inside. Hopefully you'll get to read Nine Dash Line too.


In addition to seeking out books that reflect variations in geography, ethnicity, race, culture, gender, ability, sexual orientation, and religion,* you can support an incredible literary festival held near Toronto called The Fold. From their website (*which is also where I got that partial definition of diversity in literature):

"The FOLD Foundation was founded in 2014 by author Jael Richardson. In May 2016, the organization launched the Festival of Literary Diversity (FOLD) – the first literary festival devoted to celebrating underrepresented authors and storytellers.

The festival takes place in Brampton, Ontario, providing an important space for writers to discuss their craft and the challenges involved in creating stories that ask difficult questions, expose hard truths and push literary boundaries."


There are two ways you can support The Fold. 1) You can attend the festival and 2) You can donate to The Fold to support their work.

Posted by Emily Saso at 8:16 AM No comments: 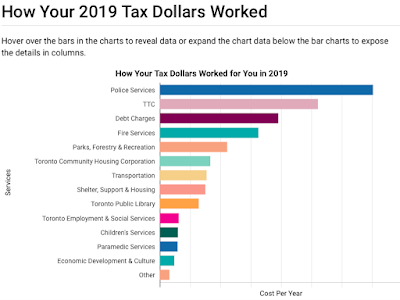 Well, the world sure is going to shit, isn't it?

Actually, no. It's been shit for a long time thanks to people who look like me.

I'm too scared of contracting COVID-19 to go to protests, but those of you who went on the weekend and who continue to go, you have my utmost respect.

I'm finding the calls to "defund police" to be particularly enlightening. I had no idea that that much of my municipal tax dollars went to police services! So grateful that I know now. Energises me to advocate for and vote for candidates that will insist on a reallocation of a chunk of that money towards social services like mental health and housing.

Can't do #booklook makeup for shit, but knows how to use layers in Photoshop

[Originally, I posted an image here of my face with an overplay of my book cover, but it creeped me out having to see it all the time! So I deleted that sucker! For truly stunning (not creepy) #booklooks, do yourself a favour and follow JENNY and TERESE. They do truly remarkable makeup looks that honour some of their favourite books.]

Labels: #booklook
Older Posts Home
Subscribe to: Posts (Atom)
This blog is about the ups and downs of my writing life.
www.emilysaso.com