To agent, with love (the sequel) 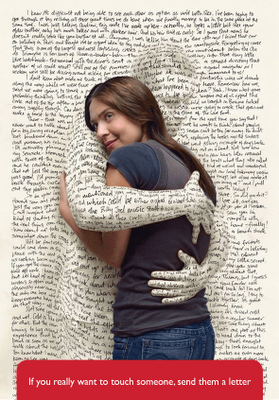 While I'm still deep in the re-re-re-writing process of my book, I had some time the other day and I used it to re-draft my query letter. (BTW, I have no idea what draft this is, but it's likely some number too embarrassingly high to admit... even for me.) Lately I've been posting mostly crap that has little to do with my novel on this blog so I thought it was time to get realer. More real. Really real. Whatever, here's the letter:
Dear [insert lucky agent/editor here],
Something must be wrong with me. My name is Id and I make a twisted living as a public relations writer, renting out my aptitude for words to busy corporate executives who exaggerate and lazy celebrities who lie about Botox. It’s a strange world I inhabit, one where I’m constantly called upon to be someone else and the people I write for pretend not to notice. With a first-person narrator like Avery steering my novel, it’s a profession that’s served me well.
Like mine, Avery’s voice is difficult to trust. She sees snow in the summer, insists her boyfriend will leave her for God and blames her dead father for nothing. She’s either the world’s greatest liar or something must be wrong with Avery, too.
To finally see my name on something I’ve poured my heart in to, I’m seeking representation for this 80,000-word, dark, funny and actively researched work of upmarket fiction called A Happy Armageddon. The book not only follows a surreal two months in the life of Avery, but in the life of a peculiar diarist as well — a woman whose connection to Avery becomes clear on the final page.
My manuscript was awarded a Writer’s Reserve Grant from the Ontario Arts Council. Should you be interested in seeing the completed work, I would love to send it your way. For now, I've included the first ten pages in the body of this e-mail.
Thank you for your time and consideration.
Sincerely (oh, this is going to feel so good!),
Id
There. New query letter done! I like it because it's a bit weird like my story and like me. In six months or a year, I'll find out if agents and editors like it, too. OR if they hate it and the rejection cycle begins again. OR, because my mental health is seriously in question, I may re-write the letter yet again. Who knows? The uncertainty, excitement and terror are all part of the wacky adventure of trying to be a novelist.
Now all I have to do is finish this pesky book...
Posted by Emily Saso at 12:28 PM 2 comments:

I sure could use some saving right now, bro. 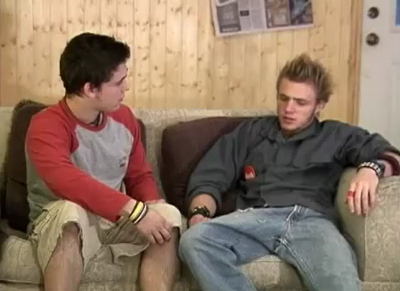 Here's another video I came across while doing research for my book. It was made by members of The Family International, a religious movement that must not scare approximately 35,000 people around the world. And in case you're wondering, I'm not making fun of religion here, just totally un-riz-ighteous video production.
Posted by Emily Saso at 12:24 PM 5 comments: 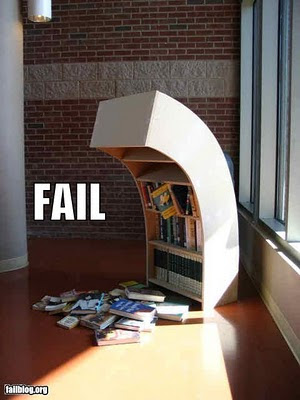 My inbox was full of magic this week 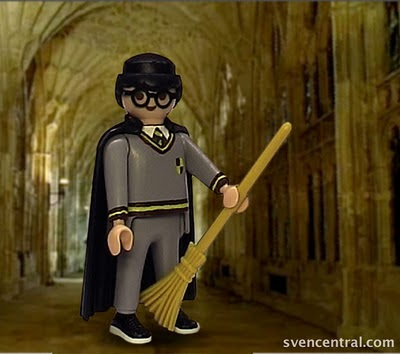 A book of poetry will be always unfinished, words are butterflies that fly away and bounce back.

A book of prose should bring you to a level of hate, rejection, nausea.

It all depends: some will just feel that it is over, others will feed a continuous grudge, they will reject it, they will despise it.

Theoretically one never finishes anything, but there will be the day that you will know that the relationship with that novel is over.

What is left is just memory.

Once an actor finishes a movie he needs some time to put asleep the character.

I guess you will need some time to wean.

But soon your book will be over and you will get over.

The above was poet and novelist Corrado Paina's answer to these two questions (posed by me via email earlier this week): "How do you ever finish a book? How do you really know when it's done?"
I forget about the wordy magic of poetry sometimes, so I love that some people -- most often poets, and even more often Italian poets -- use it like an everyday language. Makes me want to write my trouser apples off.
Posted by Emily Saso at 9:40 PM No comments: 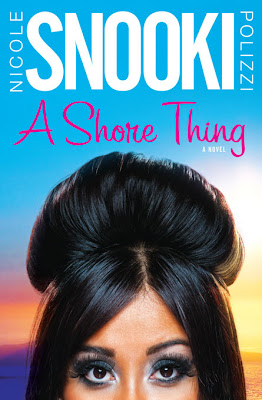 "He had an okay body. Not fat at all. And naturally toned abs. She could pour a shot of tequila down his belly and slurp it out of his navel without getting splashed in the face."

"Any juicehead will get some nut shrinkage. And bacne. They fly into a 'roid rage, it is a 'road' 'roid rage."

"Gia danced around a little, shaking her peaches for show. She shook it hard. Too hard. In the middle of a shimmy, her stomach cramped. A fart slipped out. A loud one. And stinky."

"Gia had never before been in jail. It wasn't nearly as gritty and disgusting as she'd seen on TV prison shows. The Seaside Heights drunk tank -- on a weekday afternoon -- was as clean and quiet as a church."

"I love food. I love drinking, boys, dancing until my feet swell. I love my family, my friends, my job, my boss. And I love my body, especially the badonk."

The above was a tasty sampling from Nicole "Snooki" Polizzi's new book, which is a work of FICTION by the way, called A Shore Thing. I thought I'd post about it because I like to give young, struggling authors like Snooki and Franco my support whenever I can. Now, if you'll excuse me, I'm going to call someone a f%#$ing c&%$, punch them in the face, rip out their hair extensions, and get me a book deal.
Posted by Emily Saso at 9:11 AM 4 comments:

How do you write about bums?*

No, seriously. I have to describe a bum in my book because my character has one and some of the other ones do as well. But I'm stumped. How do I go about this exactly? How do I write about that thing that fills out jeans and sits in chairs and gets warmed up by a boyfriend's VW heated seat and looks depressed in a bathing suit after the age of 30? There are so many words that I could employ, but not a one feels a right.
ass
bum
butt
bottom
booty
rump
behind
backside
buttocks
derriere
fanny
fundament
posterior
rear
seat
tail
tush
trunk (+ junk)
Each one of those options feels cheap and embarrassing -- not worthy of a mention in my manuscript. So the problem remains a problem: In literature, where do "bums" fit in?
Here are two examples of the kind of sentences I'm struggling with:
It was short and tight and accentuated everything round about him. His stomach, his ass, his two rolling chins.
The hall, no not just hall, the entire suburb itself was reserved for high-end Italian weddings and the sizeable hair and asses that squeezed their way into them.
As you can see, I've talked myself into using "ass" the most because my character's father swore a lot. But in reality, I know that I've really only used that term because it sounds the least lame.
The problem isn't really a problem when a word for "bum" is used in dialogue. Here's an example of that:
"And not like here where you hide from your neighbours and you can't even look into the eyes of the guy with his hand on your bum on the subway because you're worried he has a knife in his shoe."
"Bum" works in this instance because it's in the character's voice and for some reason is therefore acceptable to me. Otherwise though? When I have to use a word for what I'm sitting on in the exposition, in the heart of my literary art?... I'm just not sure. Has anyone else had this problem? If so, what word did you settle on for "bum" and why?
*And yes, this blog post was brought to you by Keeping Up with the Kardashians. And yes, I actually typed "bums" into Google images. I wouldn't recommend it.
Posted by Emily Saso at 12:35 PM 6 comments: 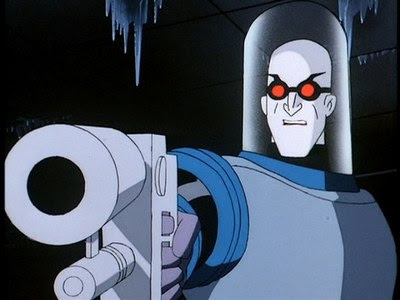 It's the new year now and I have the day off work. There's no one around. I have nothing I have to get done. I have no one to have coffee with, lunch, drinks. It's the perfect day to return to my manuscript for a final edit before I hand it over to an editor I've hired. Someone who will pick through its bones like my boyfriend did the Christmas turkey. Someone who will tell me if my new book has a chance at life after five years, three complete revisions and dozens of near nervous breakdowns. So, as you can imagine, I'm sitting here at my art deco dining room table far away from my frozen manuscript feeling exactly like I'm about to throw up.
It's scary returning to my story. For the past month, I've been able to read other people's books without daydreaming about my own between pages and losing sleep over my dialogue and my character cutting. Without comparing. Without regret and impulsion and depression. It's been a little piece of bliss for a writer who's missed reading. Just reading for the love of it.
What if, after all the re-work, re-jigging and re-imagining it's still going to be re-jected? &%$#. So I'm scared to walk into my iced-over, shut down office and pick up my pages. I don't want to do it. My book is much better in my head than it will be when I open the cover. Maybe I should leave it there, in the cold wasteland of my office, and be done with it? There's something to be said for a quiet winter death, slipping off to sleep in the cold and getting buried under inches of frost. It's sort of romantic and adventurous -- a better ending for my manuscript than it might get if I let it out.
I'll give myself until noon to decide what to do. If I knut-up, you'll be the first to know.
Posted by Emily Saso at 10:12 AM 4 comments: