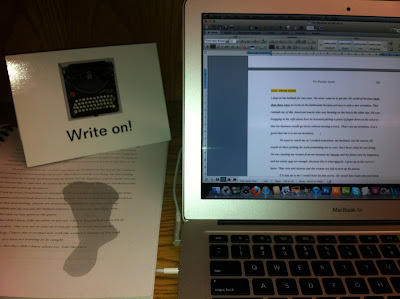 I had a wonderous afternoon of editing today thanks to a quiet corner in my neighbourhood library and an encouraging card from New York. (See my setup above.) And yes, I placed the card in a highly visible spot on my desk to make everyone in the "Quiet Study Area" jealous. The scene reminded me of this classic episode of Mr. Bean. The card, the self-importance, even the hidden meat. Oh yeah, totally. Have you been to the Deer Park branch of the Toronto Public Library lately? There's raw beef everywhere.
Posted by Emily Saso at 6:04 PM 2 comments:

Octopuses and Kinko's and sharks, oh my! 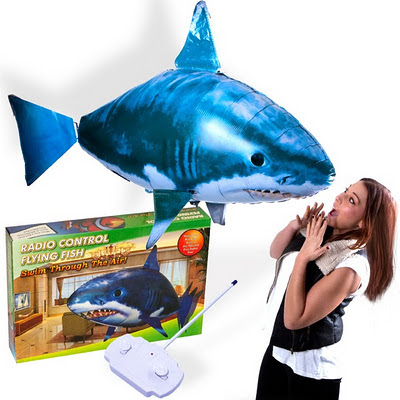 Now that our water is clear enough to bathe in, my troubled laptop replaced, and all Christmas-related giving/receiving (remote control, air-swimming shark included) has come to a close, I'm finally able to dive back into my book. That's right, people: there's still work to be done. You're shocked, aren't you? You're all like, "Wha? But she plays with punctuation like a DJ spins records! How can SHE need to revise anything?" Firstly, that example was weak. Do better next time. And secondly, you have to be realistic. Most writers, even semi-colon mavericks like me, have to do revisions before their agents can do their thang.
So tonight, I, like hundreds of writers before me, shlepped my butt to Kinko's to pay an exorbitant amount of money for some ink, paper and slightly sweaty customer service. And here's the awesome part! While I was waiting in line and fumbling with my fogged-up glasses (it was snowing like a bi#$% out there), I noticed that the woman in front of me was printing off her own manuscript! AND! we got to talking and it turned out that she was putting together a portfolio for an Ontario Arts Council grant! The same grant I've whined about here! AND!! AND!! the book she's applying with is a romance about octopuses!
I love octopuses!
Manuscripts, grants, time, place, a passion for cephalopods -- they all seemed like impressive enough coincidences on their own, until...
... I noticed that she was wearing the same Roots hoodie that I was wearing!
I mean, come on! This has to mean something, right? Something about the fate of my book and hers. (But mostly mine.) That just as I found this writer, this kindred spirit, at Kinko's, my book will find an editor, a publisher and thousands of devoted readers! Doesn't it?
It doesn't?
Really?
You sure?
Shut up.
Posted by Emily Saso at 8:28 PM 2 comments:

Yesterday my pre-husband and I returned home from a Christmas-related trip to my birthplace (Ottawa) only to find that our water (tap, toilet, tub) had turned from the non colour of clear to the nasty colour of this: 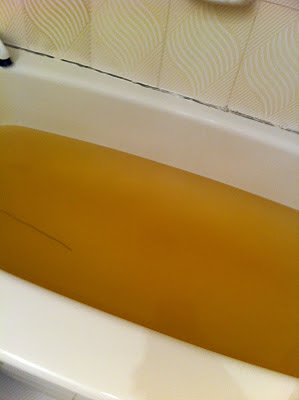 I used to dream of travelling back in time to the 1920s, brewing hooch in my bathtub and smuggling it through the tunnels of Moose Jaw, Saskatchewan.
Yeah, I'm over that now.
Posted by Emily Saso at 7:31 PM 2 comments:

It's a Christmas (sweater) miracle!

I got an agent!
Stop laughing. I'm being serious. I actually got an agent. No, not a cleaning agent. Very funny. And no, not a special agent. That doesn't even make sense! Pardon? A riot control agent? What the? Okay, it's obvious that you're looking up the word "agent" on Wikipedia. Stop doing that.
I got a literary agent.
Whoa. You look woozy, like you might pass out. You're in shock, right? You came to my blog looking for stories of rejection only to be hit with what? With good news? It's unsettling, I know; it's thrown you off your axis. But you need to settle down. I mean, look at you: you're shaking like a leaf. I promise, it's going to be fi... NOoooo! You spilled Cup-a-Soup all over your keyboard! Oh great. And now your dog is licking the keyboard. He's gnawing on the command key! Put the dog outside. I'll wait here. Go, go. It's fine. I'll keep myself busy by gluing rhinestones onto my Christmas sweater. 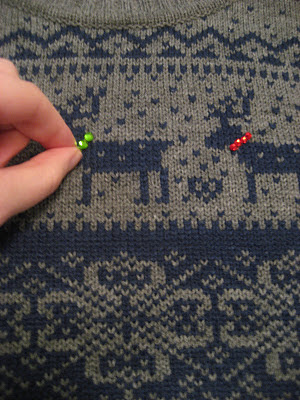 You back yet? No? 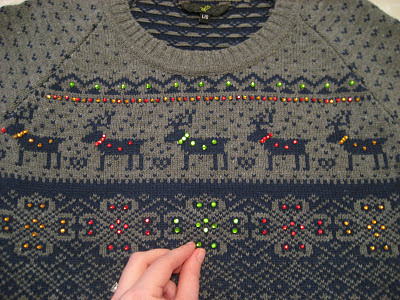 There you are. Hi. Anyways, like I was saying, I got an agent! I came across her information on Guide to Literary Agents and I knew she'd be the perfect fit for my book. I guess she thought so, too, because we had a really nice phone conversation on Monday. (I'm glad it wasn't via Web cam because I was pinching myself the whole time.) She wrote some amazing stuff about my book here and I'm still in shock. It's a Christmas (sweater) miracle!
Posted by Emily Saso at 12:35 PM 10 comments:

Labels: agent, The Weather Inside 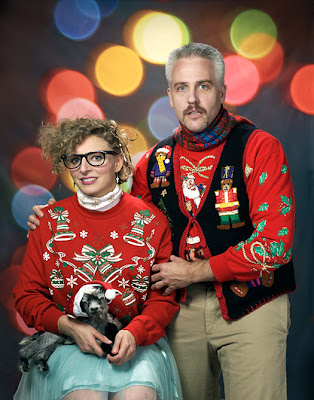 I'm down in the dumps about writing today. I got two more rejection letters from the Writers' Reserve granting program via Taddle Creek and some other literary journal that I can't remember the name of because that's how fast I threw out the letter. Blech. That's exactly how I feel. Blech. And then THEN I hauled my butt all the way to the worst mall in Toronto (Lawrence Square) to look for ugly Christmas sweaters and I found nothing. What? The shittiest shopping centre in the city suddenly got standards? What a crappy day.

I always feel like burying my work in a time capsule after I get rejected. I also like to eat candy. But because I forced myself to be all about the promotion of mental and colonic health today, I ate a salad for lunch and decided to post some writing here.

This sample is from a new short story called Brunch! that I'm working on. It's still really rough. Like the stubble on my legs rough. I could go on, because all asshole writers can go on about how bad something is before they share it. It's a sad, sorry sickness.

Emma sleeps light. She wakes at the slightest noise or movement, she always has. She’s never needed an alarm clock to wake her for work. The cars zooming by on the street, the refrigerator humming, the downstairs neighbour’s bulldog farting—that’s always been enough. But that’s not all. Emma’s never told anyone this before, not even Ken, but Emma (and her mother and her mother’s mother) can hear the sun rise. What it sounds like is a balloon being blown up—picture it—as though the sun is stretching the horizon to its limits. Emma hates that sound so she’s programmed her brain to wake up very early. Before the sun struggles and then pops.

Labels: grants, OAC, short stories, writing
Newer Posts Older Posts Home
Subscribe to: Posts (Atom)
This blog is about the ups and downs of the writing life by me, Emily Saso, novelist and screenwriter.
www.emilysaso.com