I attended a fascinating talk at the International Festival of Authors on the weekend. It featured four young authors, all of whom had written novels about war/conflict. All four had very different points of view and outlooks on writing, and the whole thing was incredibly thought provoking. It also veered into the weird courtesy Shani Boianjiu who preferred to answer her own questions, stroke her long black hair and pretty much disagree with everyone on the panel, I think, just to stir up s#it. Needless to say, Shani made the event feel a little bit more like The Real Housewives of New Jersey than literary roundtable, which, for anyone who knows me knows that I NOW LOVE SHANI BOIANJIU.

Among the panelists was the author of one of my favorite books of the year: Anthony Marra, writer of A Constellation of Vital Phenomena, which I have drooled about here. Anthony was charming and thoughtful, and provoked a great deal of the debate... whether he wanted to or not.

He signed books afterwards and I was so nervous when I met him that I rambled about how I bought his book twice: first as an e-book and second as a paperback so I could get his signature. I also rambled something about how "I'm a struggling writer and your book sort of gave me permission to write about war too even though I haven't lived it either blah blah blah." Then Anthony smiled, told me that he's a "struggling writer too," which made me want to hug him and, also, kick him in the shins.

Anyway, because I bought his book twice, Anthony signed it twice. Ha! He also drew a doodle of me on the page (see below), which brings me to the point of this post. 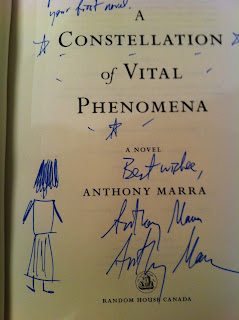 A friend thinks that the doodle of me looks like a lamp... 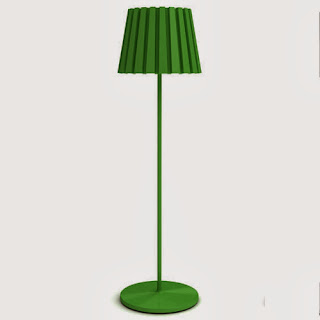 ... But I think it looks more like a Japanese water ghost. 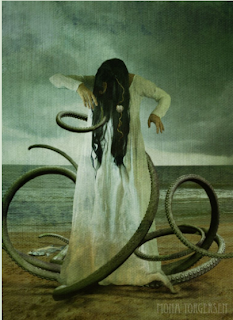 I have three days off work coming up at the end of October – three glorious days – and I have big plans for them:

This edit will be the last before I send it off to my agent, who, God-willing, will actually want to read it again. All the old fears are boiling up, of course – that’s where the donuts come in – but all the old excitement, too. I haven’t read the thing, on purpose, in months and I’m missing it. I’m also terrified that, compared to all the astonishingly good books I’ve read since we parted (Orkney by Amy Sackville among them), my little novel will seem like an unmitigated turd.

To keep my mind off of my manuscript the last little while, I’ve kept myself busy with reading as many quality novels as I could, obsessively checking the Ontario Arts Council “Current List of Grant Recipients” web page, and writing a new piece for the CBC short story contest. The short is pretty good, I think. It was inspired by a hilarious voicemail from my dad and my 25-year-old ransacked dollhouse:

So that's all from me. I’ll let you know if I like or dislike my manuscript. I’ll also be sure to post a photo of the donut.
Posted by Emily Saso at 12:23 PM 2 comments:

Labels: CBC, Donut, Revisions
Newer Posts Older Posts Home
Subscribe to: Posts (Atom)
This blog is about the ups and downs of the writing life by me, Emily Saso, novelist and screenwriter.
www.emilysaso.com