I’m taking a stand-up comedy class. No, really, I am. Yes, me. And just what are you implying anyways?

I’m not doing it because I want to be a comic, though. Oh god no. I am far too chicken to pursue that line of work. I’m doing it to shake up my writing life, and I highly recommend it to you prose writers out there.

First off, the feedback is immediate. You share your writing (your jokes) with an audience, and you find out in seconds if it’s any good or not. It’s like the antidote to the molasses pace of traditional publishing where it can take eight months just to get rejected from lit journals. (I’m talking to you McSweeney’s.)

Secondly, writing stand-up is the opposite of writing prose. The best jokes have a minimum amount of setup and there’s no time for dreamy exposition. You just get to the point. This flexes the writing muscle in a new way, which, for me at least, is inspiring and reenergizing after being bogged down by subtext and metaphors for so many years.

Thirdly, it’s all about imagery — about painting a picture as clear as you can for your audience. Which is what prose should be about too. When I’m writing prose, however, I sometimes forget that it’s meant for an audience, mostly because I’ve never had more than a handful of readers. But with comedy, if you don’t have an audience then you’re not really doing, well, anything. You can’t call yourself a comic if you’re writing jokes that never get told to a living, breathing audience. It’s the performance that’s key, and because of it, you have to think of your audience even more than you think of yourself. But since performance isn’t necessary for fiction writing, you can call yourself a writer if you write a book that never gets read. It can be a narcissistic, vacuum tube of a project for your eyes only. This separation from the audience in the literary world makes it easier to get lost in your head when you write, and that can lead to connection problems with your readers... if you ever get them. You get it, and so you think that’s enough. Thankfully, comedy has reminded me that it isn’t.

Fourthly, doing stand-up is a total kick in the balls, metaphorically speaking. And us writers need to get our balls kicked once in a while to make sure we stay tough. There’s no gentle hand-holding in comedy. If you suck, the audience will tell you. In the class format, the teacher will tell you that you suck, too, but she'll also tell you how to suck less. I never thought "funny" was a learned skill, but it is. There’s a structure to jokes that's imperative, and that makes subjectivity almost irrelevant. Meaning, if it's a well-told joke, it should get a laugh. But in literature, we writers use the subjectivity excuse like it's going out of style. "Oh he didn't like it because it's a book about women." Or "She didn't like it because she likes commercial fiction, not literary." The truth is, if you tell a story well, most people will probably like it, all genre-preferences aside. The subjectivity excuse hampers my improvement as a writer, so I appreciate that comedy doesn't give me this easy out.

Interestingly enough, writing jokes has made me miss writing prose. As I mentioned earlier, being released from exposition and dialogue did feel freeing, but now — four weeks into this stand-up class — I often find myself longing for the metaphor, the layers, the subtext, all the stuff I’m not able to use in comedy… at least not unless I become good at it. (Like everything else, I bet when you’ve mastered the rules of the joke, then you can break them.)

If you’re in Toronto, I highly recommend checking out this class. You just might find a new calling… or at least be drawn back to your old calling in a new way. You can also watch this excellent short doc on the instructor, the hilarious Dawn Whitwell.
Posted by Emily Saso at 6:30 PM 3 comments:

The waiting was the hardest part 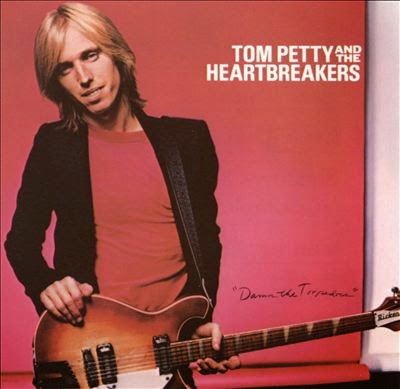 I broke up with my agent. But it wasn't her, it was me. No, really.

It happened a few weeks ago, and I debated whether or not I should write about it here, you know, publicly. But it seemed dishonest not to, and would fly in the face of why I started this blog in the first place. So there it is. My cool New York agent is my agent no longer.

It sucked at first, but now I'm fine with it. I never really thought it would work out anyways, that getting this agent would result in a book deal. It just felt too dreamy, too perfect. I'm a cynical person, if you haven't already figured that out. It's an attitude I've cultivated to keep my battered heart protected. And it served me well in this instance.

The breakup is also action, progression, motion. It's something at least. Finally, some novel-related momentum, a push out of the mud I was stuck in.

Nothing dramatic went down that precipitated this breakup. In fact, it was mostly just a lot of waiting. Months and months and oh my god more months of waiting to hear from my agent about my revision. (Here's a tip: if it takes your agent more than six months to get back to you, there is definitely a problem.) The waiting really was the worst part.

As for the "why" of our breakup, it's pretty simple. My book changed and my agent liked the original draft better. So it just made sense for me to say goodbye and find new representation who was a better fit for my novel as it stands now, not for what it used to be.

My agent was wonderful, though -- no, more than that, she was a miracle that I still can't believe actually happened to me -- and I'll be forever grateful to her for believing in me. She's focused on representing children's books and young adult now -- another reason why we weren't a good fit any more -- and if that's you, I'd definitely recommend that you pitch her. Here's a link to her web site in case you're interested.

So it's sad, but unavoidable and for the best. The timing, at least, couldn't be better. I get to start off fresh in a new year, a year I've decided to devote entirely to my second novel, Why It Gets Dark at Night. I'm also spicing up my writing life by taking a standup comedy class and hopefully getting back into TV writing again. So, you know, good things are happening.

The end of my relationship with my first literary agent does not mean the end of my first novel, by the way. I've got the manuscript in the hands of some people I deeply respect, and if there's good news to share, I'll be doing that here.

So go forth and write and read and be merry. And know that when one thing ends, another takes its place.

Labels: agent, book 2
Newer Posts Older Posts Home
Subscribe to: Posts (Atom)
This blog is about the ups and downs of the writing life by me, Emily Saso, novelist and screenwriter.
www.emilysaso.com