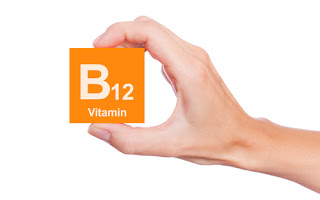 Has anyone else -- while in the throes of a panic over the imminent UPS delivery of one's manuscript from one's out-of-province editor -- ever shelled out $40 for a vitamin B12 injection in the secret hopes that one had been labouring under the great duress of a previously undiagnosed vitamin B12 deficiency which meant one's brain THIS WHOLE TIME had been operating at a deficit and that this vitamin, when injected, would race through one's veins and light up one's nervous system and like open up one's third eye and take one's brain to new and previously unchartered heights, heights that would make one a super good super smart writer -- only to confirm what one already knew which is that one's B12 levels are fine, always have been, and the only thing that will make one a better, smarter writer is to write more, worry less and work with a super smart editor?

The End of the Tour

Over the holidays, in between stuffing myself with snicker doodles and White Christmas, I was able to knock back a couple books, including Hunger Makes Me a Modern Girl, The Beautiful Bureaucrat (A+!), and The Door. I also read a few David Foster Wallace essays. It was a DFW-themed holiday, truth be told, because I also watched the wonderfully nuanced film about him called The End of the Tour.


In case you're wondering -- no, you do not have to be a super fan of DFW to enjoy this movie. In fact, it's almost dangerous if you are. Case in point... after The End of the Tour, I stayed up late obsessively watching interview footage of DFW and weeping into my pillow.

Although he was smart, patient and playful in these interviews, DFW was also twitchy, apologetic and defensive, painfully uncomfortable in his own skin. I felt more than just sadness while watching him; I felt guilt. Why did I insist he give so much more of himself to me than he already had in his writing? Why couldn't I back off of his personal life and just let his work speak for itself?

This isn't rational thinking, of course. It couldn't have been the fascination of fans like me or even his canonization by the mainstream that drove him to suicide. Those pressures impacted him, surely, but they must have been mere seedlings in the vast field of his struggle.

But I tend not to think rationally about suicide, not since my friend killed himself a year and a half ago. Actually, I don't think about it as much as feel about it. And what it feels is like my friend's mass has been shifted to me, and his time left on earth too. I feel 180 pounds heavier and 35 years older since he died, so what other explanation is there?

For many people like DFW and my friend, suicide is the end of a trajectory of pain, and they go through with it on one particular day when the conditions are just right. I always wonder, though, what if DFW and my friend just got through that one day? What if they gave themselves the opportunity to wake up tomorrow, to play with the dogs, to eat something extra delicious? Can you cobble a life together like that? A life that consists entirely of the hope that tomorrow will be better?
Posted by Emily Saso at 8:37 PM No comments:

Labels: David Foster Wallace, depression, suicide
Newer Posts Older Posts Home
Subscribe to: Posts (Atom)
This blog is about the ups and downs of the writing life by me, Emily Saso, novelist and screenwriter.
www.emilysaso.com