The tiny humiliations of the copy edit 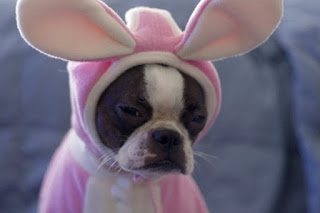 I finished the copy edit for my book on the weekend. Yippee! My copy editor was very professional and therefore didn't laugh at me or hurl insults. But if I was (were?) her, catching the kinds of mistakes that she caught, I don't think I could be quite so kind. If our roles were reversed, here's what my markups would look like...

1) Hey, Einstein! No one has yet to crack the space/time continuum! Until she/he does, sensical timelines actually matter!

2) An en-dash can be used in place of a hyphen in a compound adjective when one of its elements consists of an open compound or when both elements consist of hyphenated compounds. PS — no one in your life will give two sh*ts about this except for you. So STOP TALKING ABOUT IT.

3) There is a country called “Eritrea” in Africa. There is a town in Euboea, Greece, called “Eretria.” You are ignorant of both.

4) Characters who are sitting down cannot perform functions such as running or reaching for things on top shelves. STAND THEM UP, dum dum.

5) Ahem. It’s “lightning” not ”lightening.” And by the way -- your book has the word “Weather” in the title, so that’s not embarrassing at all.

6) Hey, Scottie! No one has yet to invent a teleportation device! Until she/he does, it takes eight hours to ride the bus from Toronto to New York City, not two!

7) "Smart" apostrophes and quotes are a thing, okay? Smart authors are too. Too bad you're not one of them...

8) If a character is feeling a powerful emotion, maybe describe the actual feeling? You know, instead of only writing "she feels"? Just an idea...

Labels: copy edit, humiliations
Newer Posts Older Posts Home
Subscribe to: Posts (Atom)
This blog is about the ups and downs of the writing life by me, Emily Saso, novelist and screenwriter.
www.emilysaso.com