A members-only racket club caught fire in my neighbourhood this morning. Once I learned that everyone got out safe, the whole scene became very exciting. I inhaled toxic fumes! I saw a lady firefighter! And the local news helicopters have been buzzing around for hours! By the way, how the hell can the local news afford helicopters? I don't know a single person who watches the local news.

Speaking of fires, since I won't be blogging much from now until February 2018 because of a self-imposed, self-flagellating novel-writing schedule, I thought I'd go up in flames by "ending" on the most personal note I could with this essay I wrote for All Lit Up. Feedback to date includes "It gives me all the feels!" and "Um, I think you need to see a therapist." So it's like ten blog posts in one!


If you haven't heard of it, I'm happy to introduce you to All Lit Up, an organization that creatively, generously and enthusiastically helps independent Canadian publishers spread the word about their books and authors. Check out their web site and discover a new favorite author or indie press. Oh! And today, Valentine's Day, they put up a very funny infographic book matchmaker.

I'll still be blogging now and then during this period, mostly easy-bake stuff like upcoming events and mini reviews of books I'm obsessing over. (Speaking of, check out this review for the brilliant Deborah Willis's new short story collection.) But I'll basically be in hibernation, conserving my energy for the long hard winter that is novel two. So this is me saying laterz before I burrow into my cave, live off my fat stores, and reduce my metabolic rate and skeletal muscle mass by forty-five percent.

Posted by Emily Saso at 2:18 PM No comments:

Labels: All Lit Up

The future was always going to be creepy. Pill food, clones, alien colonization, Katy Perry as President of the United States....

Two days ago, I stepped into this future when I turned on the text-to-speech application on my Mac. Tired of reading my new tv script aloud myself -- and also horribly lonely -- I opted for the soothing robot voice of my new best friend "Samantha." And she did not disappoint. Not only did Samantha help me edit my dialogue, but she gave me a new recurring nightmare to look forward to.


As a best friend Samantha is just so-so. She talked back with sass, which I love, but she can't braid hair for shit. As an actress, she middled-out too. Samantha impressed when it came to the upward inflections needed for questions, but paused too long after and before commas and didn't pause long enough between lines. Also, she spelled out "hmphs" and "ums", which is a rookie mistake. On the whole, though, she did not fare too badly. That "Neighhh!" was Robot-Oscar worthy.

But actors do not fear: you've got at least five years until you'll be fully replaced. Don't feel bad. Novelists have already been replaced by Kardashians, and Presidents have been replaced by human garbage cans. We're all in this future together.

holy crap I actually did it 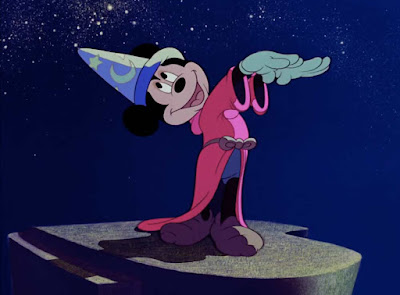 I quit my job to write for a year and yesterday was day one and it was MAGIC to wake up and do what I want to do, what I am passionate about, what makes me feel alive and good and happy and horrible but also alive, did I mention alive? It feels like nothing less than magic. I am sitting here at my home desk at 7:40 am and there are sparks and spells and incantations flying all around me and getting into my bowl of chocolate Chex. Obviously I am so lucky that I can make this magic happen. I have a husband who trusts me and a government that thinks health care is a right not a privilege and I had a steady job for five years that allowed me to save and save and save until I could just barely afford to make this work and yes I will be eating rice and lentils A LOT but I already eat rice and lentils A LOT so it's fine it's fine it's really mostly fine fine fine fine not fine not fine at all what have I done???? OH NO NO the panic -- there it is! It hides beneath the surface of my skin like fascia and like fascia I only think about it when it starts to hurt, like when I went out for dinner last night and ate cheaply but it still took up 15% of my monthly food budget and I'm only into the first week of the month and OWWW OWW OWW that hurts! That's panic! But it's still magic. Magic always hurts a bit. Have you seen Lord of the Rings? Beauty and the Beast? Fantasia? Harry Potters one through seven? Magic and pain go together. So in case you're wondering why this post is so choppy with little caution for punctuation it's because time is money right now, more than ever, and I have to finish a screenplay and draft one of my new novel or this one-year period will feel less like magic and more like regret.
Posted by Emily Saso at 7:50 AM 2 comments: 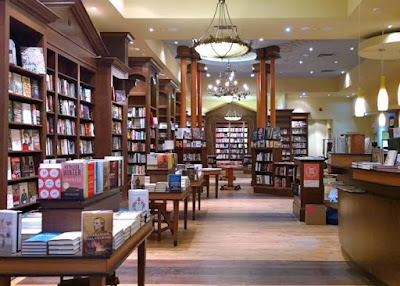 The best curated bookstore in Toronto, Ben McNally Books, is hosting a series of readings for women authors called In Her Voice. I'm lucky enough to be taking part in the first event in honour of Emma Richler's new novel Be My Wolff. It's on February 27 at 6:30 pm at Dora Keogh in Toronto. Stop by if you can. More details here.

For those of you who don't know, Ben McNally is a store, yes, but also a person. Some may argue that he is in fact a series of persons, clones in fact, given how he seems to be everywhere at once. Seriously. If there's a book event in Toronto, chances are Ben organized it. If you bought a book, Ben likely sold it to you. If you are reading a book review, Ben probably guided the journalist over to the back wall of his shop, handed a copy to her and said those two magical words: Read it.

Man or clone, not only does Ben give excellent recommendations, but he is a tireless supporter of local authors. Case in point: I went in to browse the other day, found my book in his shelves (yippee!), and we starting chatting. He was remarkably kind to me, took my email address and said he'd be in touch soon. I didn't expect to hear back. After all, my book has garnered little media attention and no prize nominations. Basically, I am a big-fat zero in CanLit. But Ben didn't care. He was interested, engaged. And he followed through -- with an invite to read at In Her Voice.

This is how important local bookshop owners are. They organize. They promote local authors from small presses. They hand-sell. They give a damn. All things that Amazon will never ever do. So please, support your indie shops. Because they support the writers who fill the shelves.

Thanks to Ben and Danielle McNally for including me in this event (and Emma Richler!), and for being the beating heart of the Toronto literary community.
Posted by Emily Saso at 10:32 AM 2 comments:

Labels: Ben McNally, Emma Richler, In Her Voice, local bookstores
Newer Posts Older Posts Home
Subscribe to: Posts (Atom)
This blog is about the ups and downs of the writing life by me, Emily Saso, novelist and screenwriter.
www.emilysaso.com