Women who get $#it done

Hurray for Bronwyn Szabo, Shannon Litt and Caitlin Carmody! Three women who inspire me with their endless creativity and their ability to make actual real things!

Their latest project is a trailer for a series they want to develop called The Take. They shot it for the Independent Production Fund, which funds drama and comedy content intended for the web -- which can lead to a produced pilot, a funded web series, and maybe even a shot at a television series! Here's how they describe The Take:


"Betty, frustrated with being an aging, “aspiring”, broke actress, with the help of her criminal diner boss, kills two birds with one stone by laundering money through a tax-shelter movie that she stars in, and discovers that while she may not be star material, she may be fit for a life of crime."


"Two clashing half-sisters must work together to keep their deceased Grandmothers yarn store, Purls Are A Girls Best Friend, afloat."

Congratulations to these talented women! I can't wait to see what's next!

Posted by Emily Saso at 9:20 AM No comments: 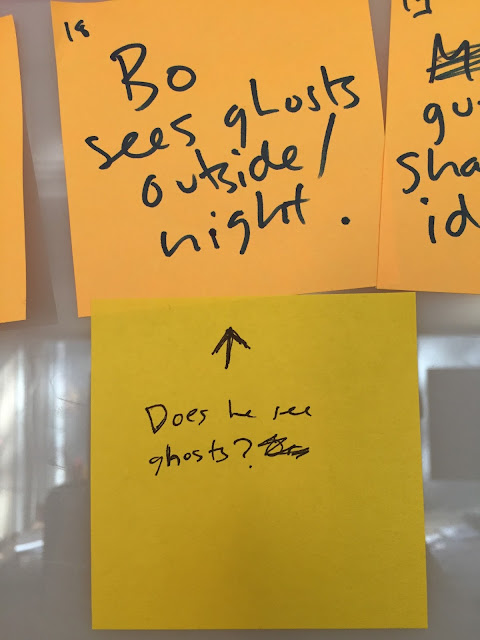 Labels: book 2, self-doubt
Newer Posts Older Posts Home
Subscribe to: Posts (Atom)
This blog is about the ups and downs of the writing life by me, Emily Saso, novelist and screenwriter.
www.emilysaso.com